A celebration of Syrian cuisine at INL 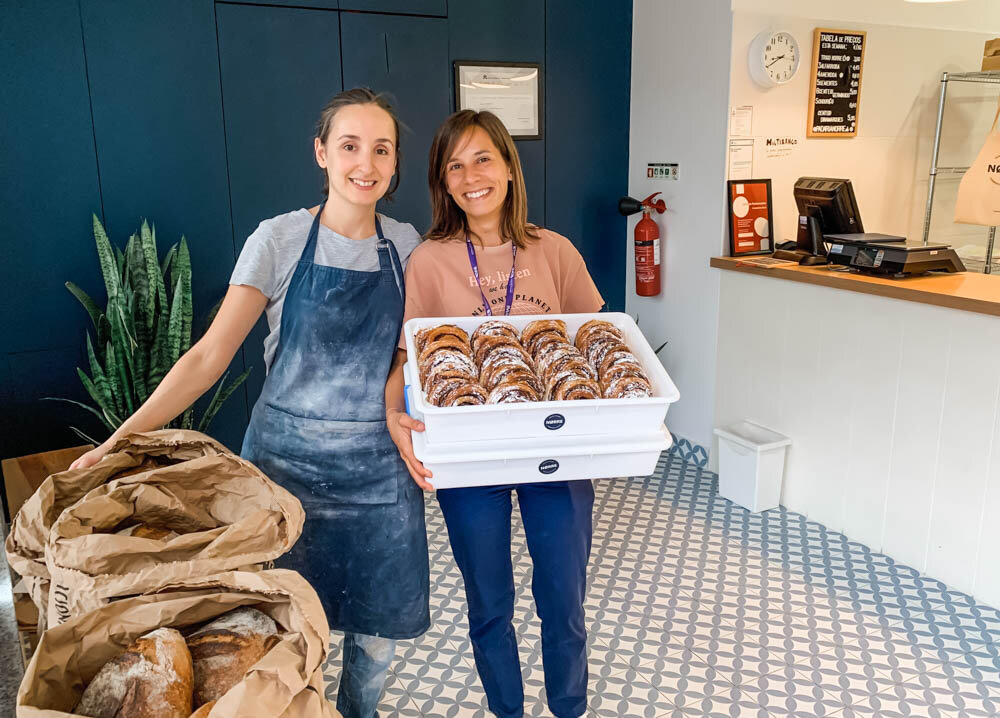 Last week, INL researcher Catarina Moura, promoted the #CookForSyria solidarity action at INL. Catarina Moura cooked several Syrian specialties and was also supported by Nørre, a local bakery in Braga known for producing natural fermentation bread and which donated part of their daily production to be sold at INL.

Here you’ll be able to know a little more about Catarina and what inspired her to lead this unique action at INL. Please, present yourself and tell our audience who is Catarina Moura, your background and what do you do at INL?  I’m working at INL on a combined imaging platform to study biological systems, such as cells and tissues, to improve diagnostics. One of the facets I enjoy about my job is making science accessible and fun to everyone, and I’ve been involved in several public engagement activities. Another thing I do care about is our planet’s sustainability and I do my best to live a healthy, active and happy life.

What made you want to get involved in #CookForSyria? Two years ago I met Imad, a Syrian chef that saw two of his own restaurants being bombed, and was forced to leave Syria with his family. The civil war in Syria has been destroying innocent lives for over 8 years, and Syrian children have lost their homes, their security, and their childhood.

Imad believes that his kitchen is an effective tool to bridge the gap between communities, and he introduced me for the first time to the #CookForSyria campaign. #CookForSyria aims to encourage everyone from top chefs to people at home, to cook and raise money in support of UNICEF’s Syria Crisis Appeal.

From that moment I knew I had to do something. After a couple of months of research and practicing Syrian-inspired dishes from the#CookForSyria recipe book, I organized a#CookForSyria dinner at my own place to raise funds for Unicef’s humanitarian cause. The money is used to deliver emergency supplies, protection and offer support to millions of children caught in the line of fire and living on the move as refugees. What have you learned about Syrian cuisine? How would you describe the core flavors of Syrian cooking?  Syrian cuisine in a word – authentic. I would describe Syrian food as being vibrant, full of beautiful colors and flavors, but at the same time very familiar and comforting. Your thoughts and outtakes on the #CookForSyria event at INL? I decided to host a #CookForSyria event at the INL to inspire the INL community and raise awareness about refugee children. I’m overwhelmed with all the kindness and support I received from all INLers. I’ve also asked Nørre, a local bakery from Braga if they could help me with this project and they were absolutely brilliant! They were 100% onboard with this cause and they contributed with their delicious sourdough bread loaves and finger-liking good cinnamon rolls. I have no words to describe how touched I am to see everyone supporting this cause.

Any new ideas you’d like to share with the INL community in the near future? I am moved with this fantastic experience and I really hope we can host more events like this in the future.