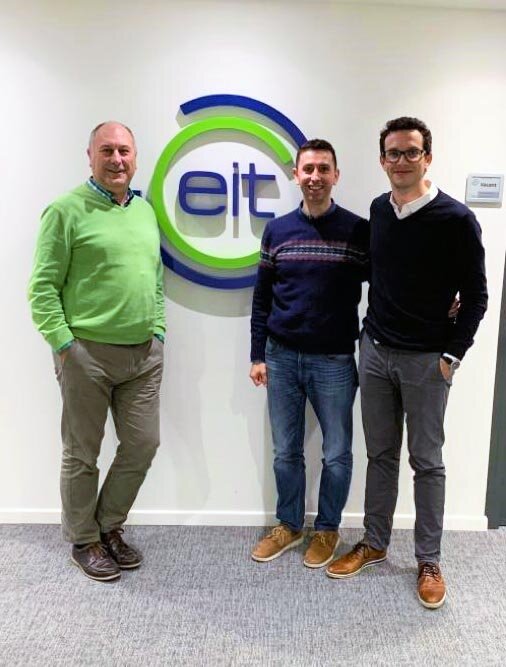 A group of researchers from the INL Department of Life Sciences won two competitions from EIT Food (European Institute of Innovation and Technology) to foster entrepreneurship coming out of the labs.

The members of the Nano4Food | Food Processing Group, from INL – International Iberian Nanotechnology Laboratory participated in the EIT Jumpstart and SeedBed initiatives with an idea of looking for healthier and sustainable alternatives for food additives. In particular, to replace the white colour (provided by titanium dioxide) for a natural and biodegradable alternative.

Titanium dioxide is extensively used in the food industry, mainly for the production of sugary products such as candies or chewing gums. Its application became controversial and France will be the first European country to ban it from 2020 onwards, following a consensus regarding the need to end or significantly restrict the use of titanium dioxide. This move has put pressure on finding healthier alternatives and the INL researchers’ idea was awarded for being aligned with both the health concerns expressed by European Union officials and the needs of the food industry. The next step is to explore the award-winning idea, turning it into a startup that is able to deliver a product to the market.

According to EIT Food, the participants in this initiative were selected “based on the strength of the entrepreneurial idea, their impact on the sector and their growth potential”. This organization created by the European Commission will now focus on helping to “approach the market and provide the conditions needed to build a scalable business”.

INL is committed to addressing major societal needs, supporting the translation of science-based ideas to the industry, namely through the promotion of the entrepreneurial spirit of its researchers.