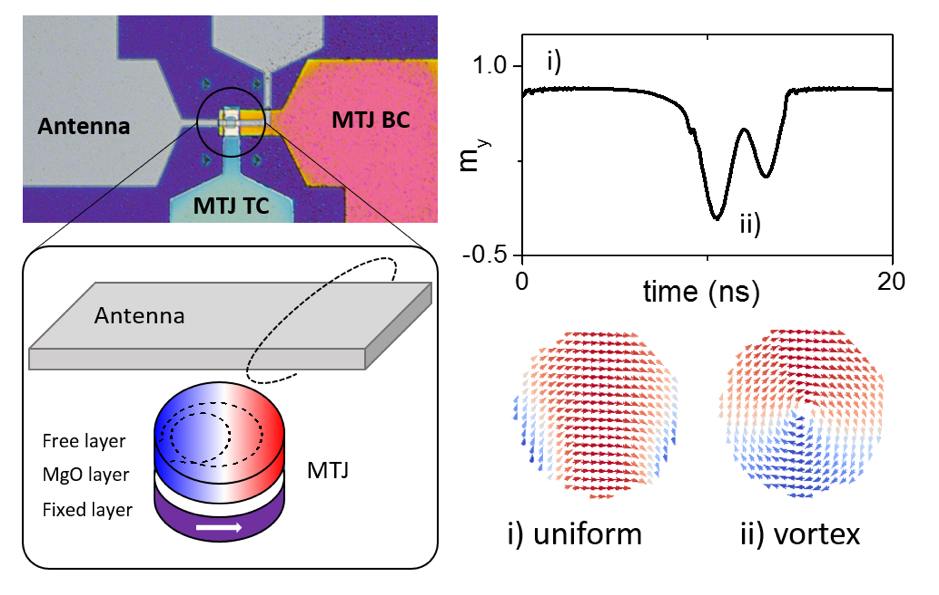 Researchers at INL have developed novel nanotechnology capable of acting as a high-speed random number generator, important for transferring data in a safe and secure manner.

The work carried out at INL, published in Scientific Reports (Nanoscale true random bit generator based on magnetic state transitions in magnetic tunnel junctions), shows how an incoming high-frequency magnetic field can cause the magnetic free layer of a single nanodevice to switch between two different magnetic states: the uniform state and the non-uniform magnetic vortex state. When in the magnetic vortex state, the central out-of-plane ‘core’ of the vortex rotates in a circular orbit, where the number of orbits depends strongly on the frequency of the applied high-frequency magnetic field. At certain excitation frequencies, there is a probability of the core oscillating n or n+1 times, and if the probability is 50%, then this leads to the generation of a continuous stream of random bits, which have been shown to be as fast as 38.7 Mbits/s.